The series features main characters Dex Foray and Perry Palomino.  Both characters are deliciously flawed yet everything between them feels right.  Throughout the series so far, Halle has taken her readers on a wild ride filled with sexual tension, terrifying situations and romance.

Most of the books in the series tells the story from Perry’s vantage point.  However, a few books have Dex as the main narrator.  Trust me when I say that Dex as narrator will leave you blushing and giggling like a school girl.  In addition to Dex and Perry, other beloved characters are also introduced.  I was delightfully surprised to find that some of the other characters cross over into other book series that Karina writes.

Ashes to Ashes (Experiment in Terror #8)

is now available and is (sadly) the second to last book for the EIT series.

I’ve just gotta say — I have fallen completely in love with these characters and will be sad when the series comes to a close. 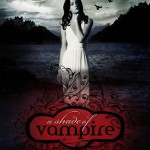