I just got finished reading Karina Halle’s Sins and Needles

When the story opens, we are introduced to Ellie Watt

as she escapes from a successful con and runs to the only home she’s ever known — Palm Valley California.  Ellie tells herself that she’s ready to give up her life of con artistry until she meets an old friend, who becomes her new mark… Camden McQueen.  Camden McQueen is not the kid she remembers in high school.  In fact, he’s a devastatingly handsome and successful tattoo artist.  A far cry from the awkward goth teen he was in high school.  As Ellie prepares to con Camden, she *almost* has second thoughts.  Following her true nature, she goes through with it.  In the middle of the heist, Camden catches her red-handed.  Will he kill Ellie or will she be able to finish one last con?

As I first became introduced to Ellie in this story, I didn’t like her.  Even Uncle Jim — the only family she has kept in contact with didn’t want her to stay in town long.  Though she promised him up and down that she was done with her life of crime.  Then, she comes across her former high school friend and upon seeing that he is successful, decides to con him.

I have to admit, I wanted Ellie to get caught.  Felt she deserved to get caught.  However, as the story unfolded and we find out more about Ellie and her life — I came to the realization that she was a product of her environment.  Early on, Ellie was a victim of circumstance.  Her parents made her a part of their cons.  Then, something horrific happened to her during one of the cons with her parents and she was forever changed as a result.

As the reader, I could see that Ellie used con artistry as a means to survive.  Why shouldn’t she?  She learned early on that life is most cruel and unforgiving.  The only way to survive is to be the person pulling the con and not the person being conned.

Camden McQueen is an interesting person in this book– from his goth persona in high school to the relationship with his father and his choices in life once high school ended.  He’s a multi-dimensional character with secrets of his own.

As with Karina Halle‘s other books, I quickly became a fan of Sins and Needles.  It is well written and the characters are deliciously flawed but ultimately sympathetic.  The story is exciting as we see Ellie try to escape from each sticky situation she finds herself in.  Camden is totally swoon-worthy!

Final thought:  Sins and Needles is crazy good!  It’s a romantic thriller of sorts that will leave you wanting more!

My Rating for Sins and Needles: 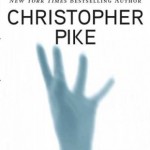 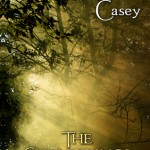