Wow.  Okay, so it has been quite awhile since I have written anything here.  You might even be wondering if I’ve read anything worth writing about.  I’m here to say that I have definitely tackled some worthy reads during my time away. I finished book #2 of the Divergent series but have yet to read […] 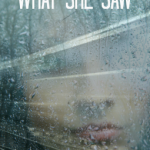